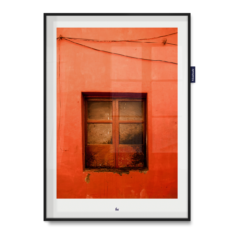 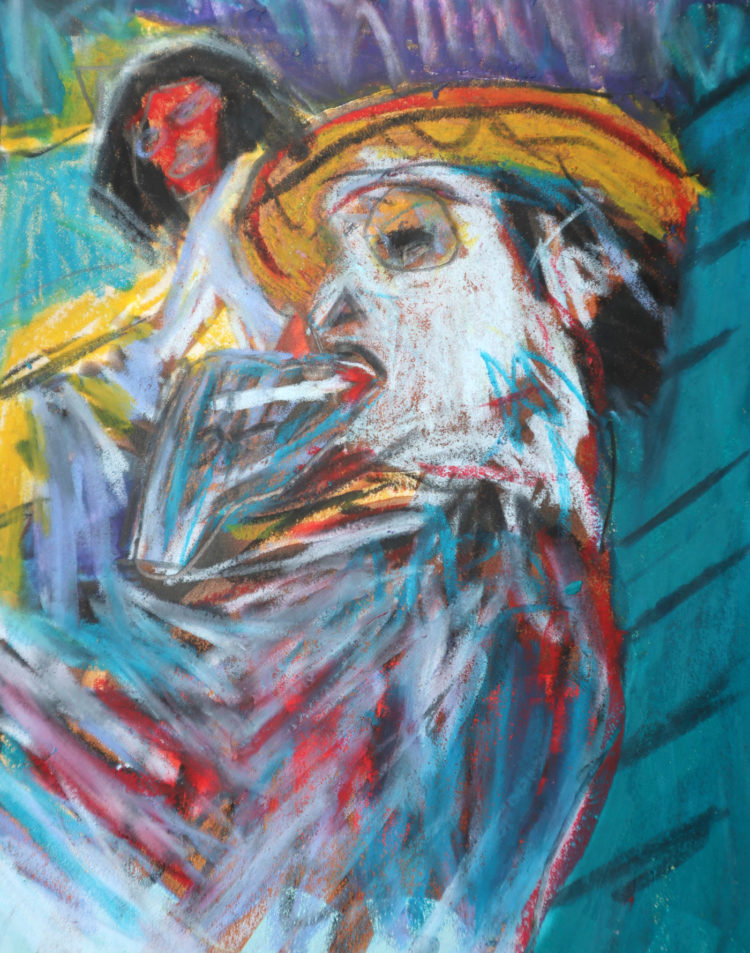 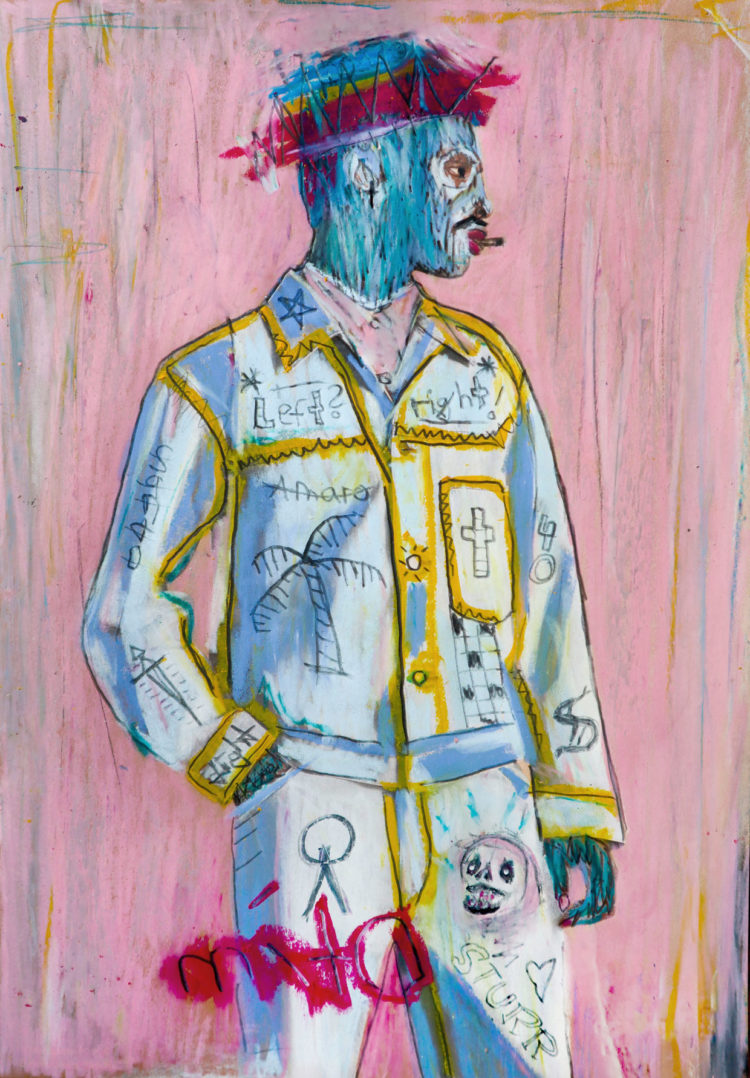 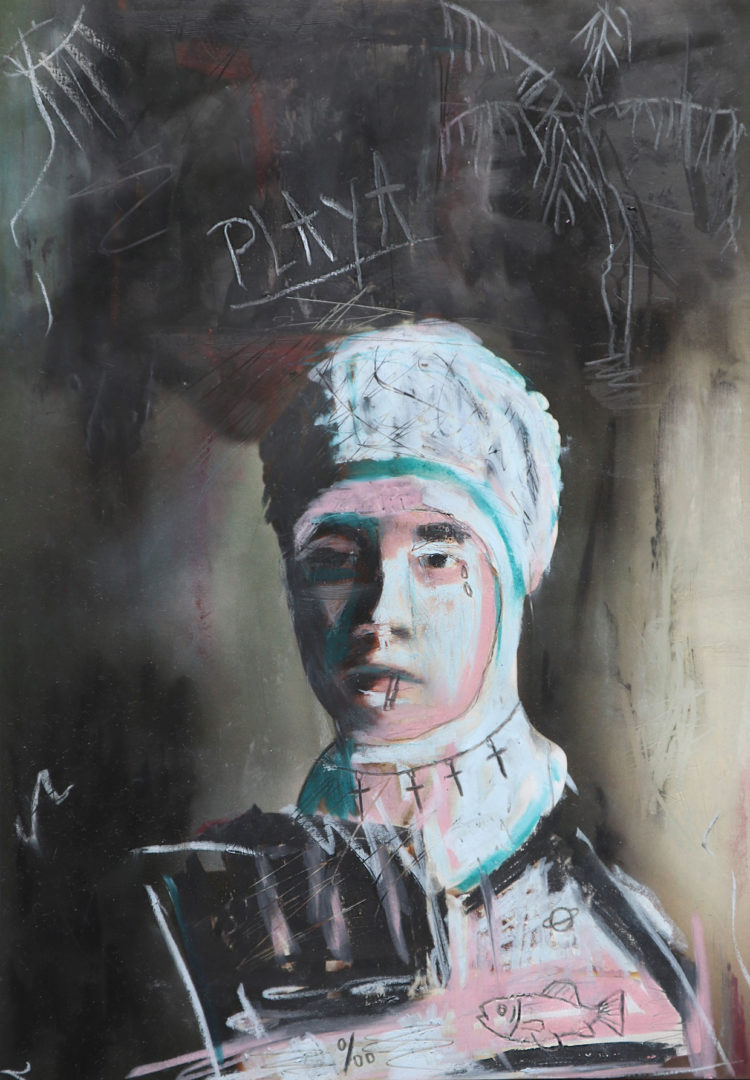 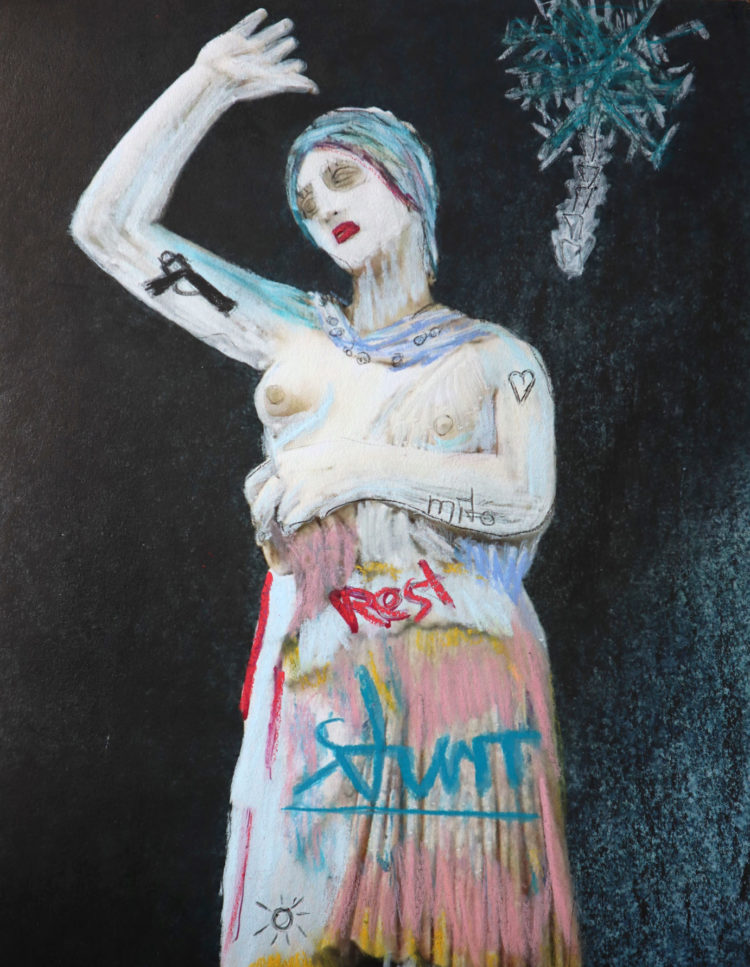 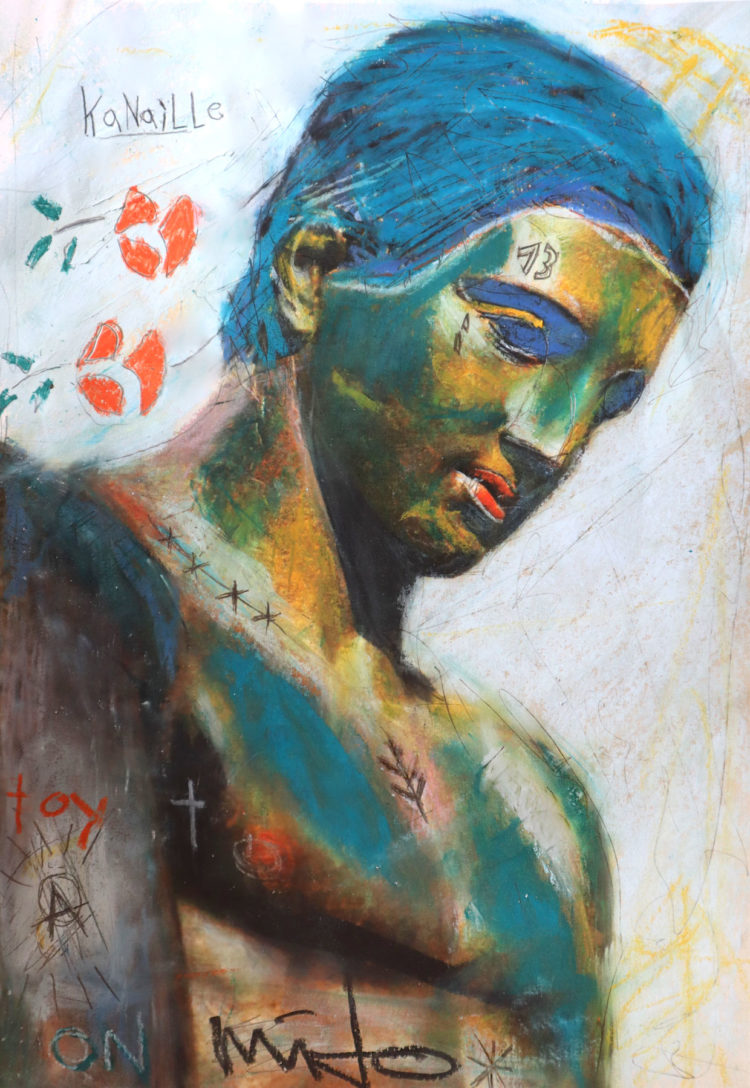 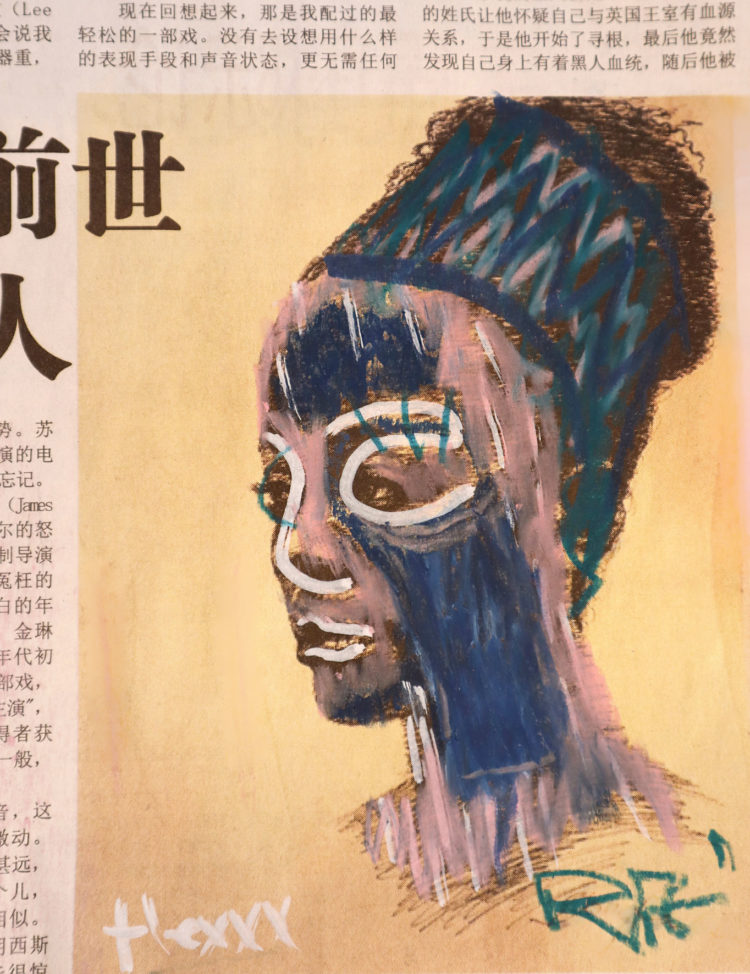 At the centre of Kevin Reismann’s art is expression. In his paintings he mainly depicts living creatures in different positions and scenarios, whereby Kevin often mixes realistic and fantasized elements.

Kevin likes to work and play with symbolism, in which he is very interested in being free, casual and intuitive. The signs, numbers and slogans are an illustration of what goes through his mind during his work. This mental snapshot grants him a lasting access to the former creative process. For the observer this cannot be grasped with logic. For Reismann’s, who is a fan of the myth, this is just the way he likes it.

Kevin Reismann’s artworks are the result of a complex process of creation:
“I use several media and steps. I usually proceed as follows: I look for motifs that I capture photographically in order to use them as a basis and inspiration. I photograph the picture I have created with oil chalk and acrylic paints in high resolution, have an art print made and finally paint on it again, so that multi-layered unique pieces are created.”

Kevin is constantly on the lookout for new motifs and inspirations. He prefers objects of a photorealistic nature and classical aesthetics. In his pictures, he finally adds graffiti elements and tattoos to them, which lends the ancient origin a youthful soul and makes it difficult to categorize his work.

“I am an opponent of undifferentiated and narrow-minded ways of thinking, whereas contrasts fascinate me. Their interplay evokes a certain harmony, even contentment, in me.” 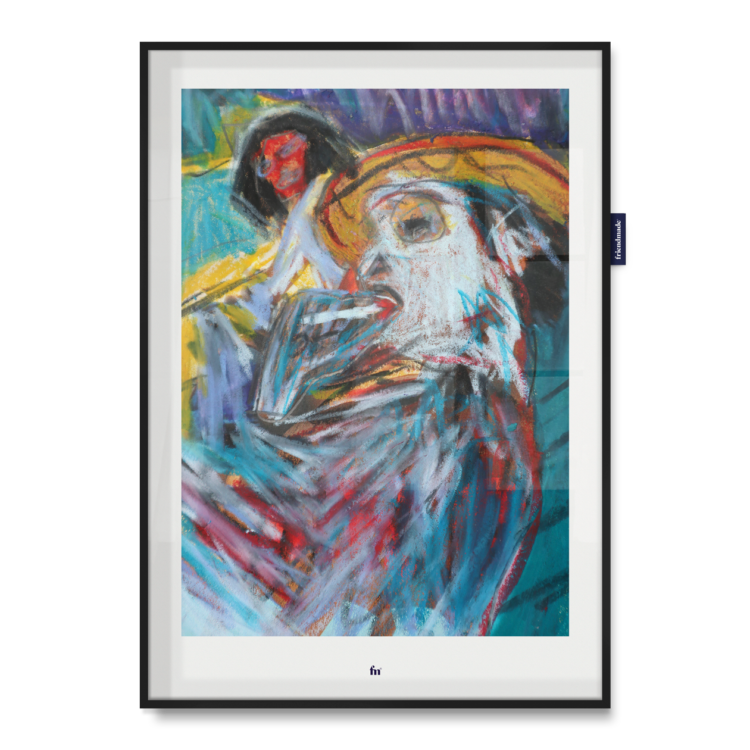 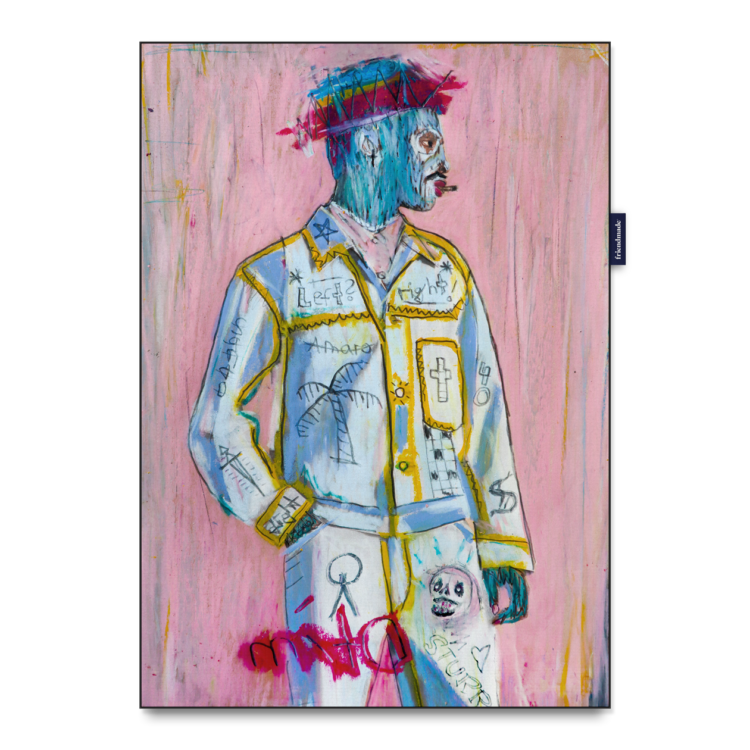 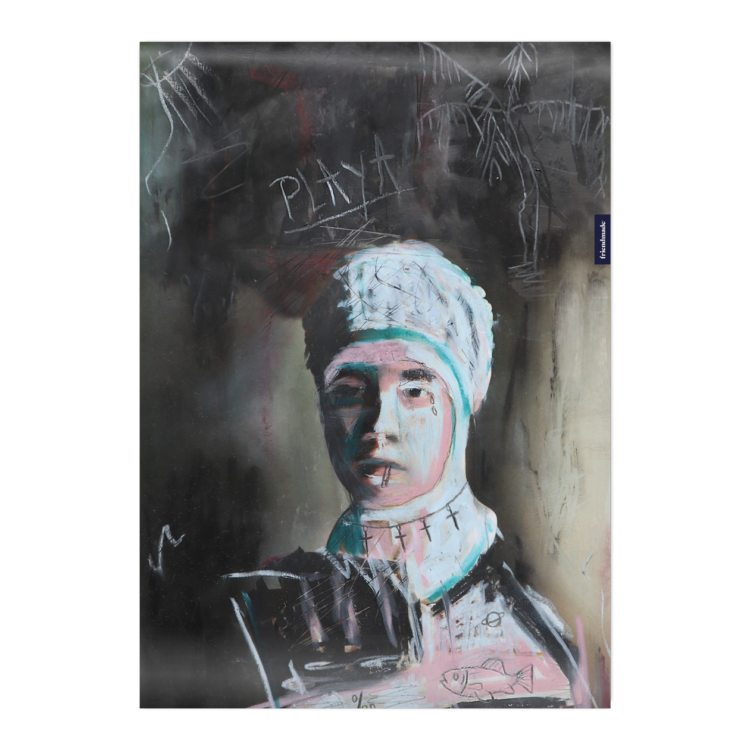 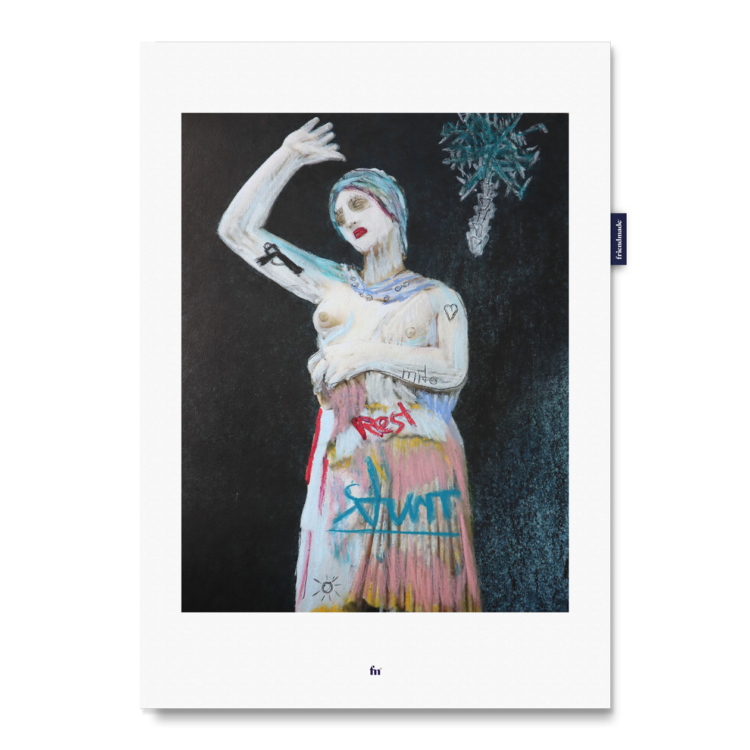 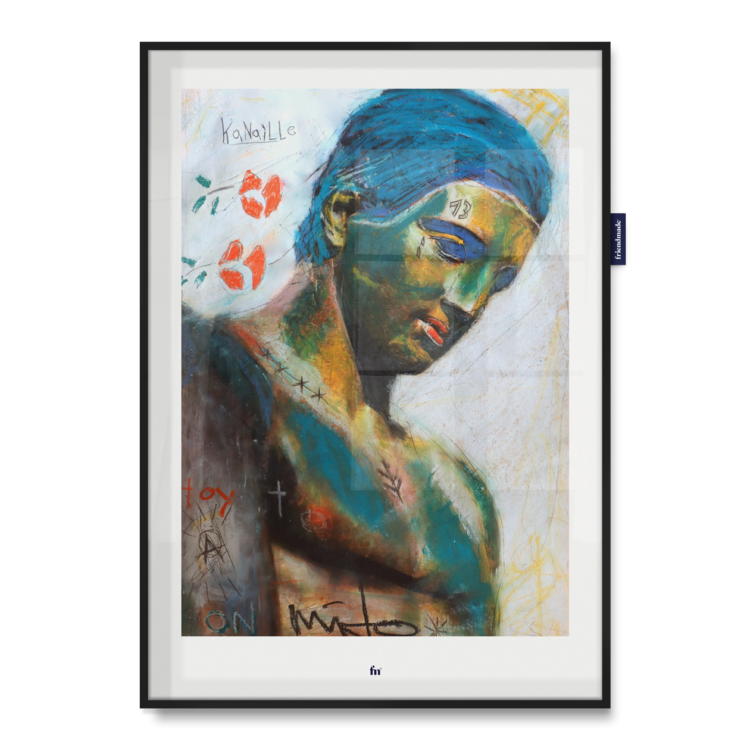 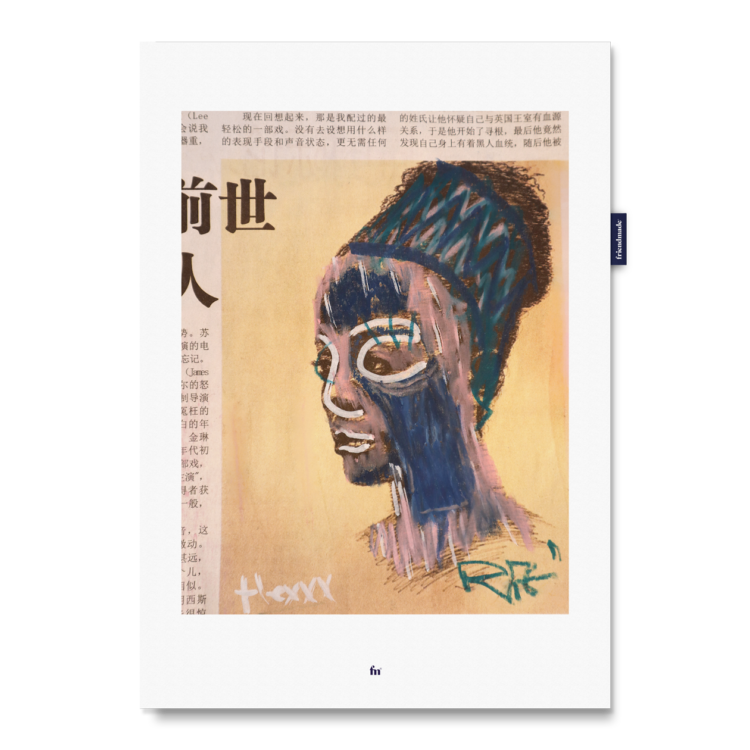 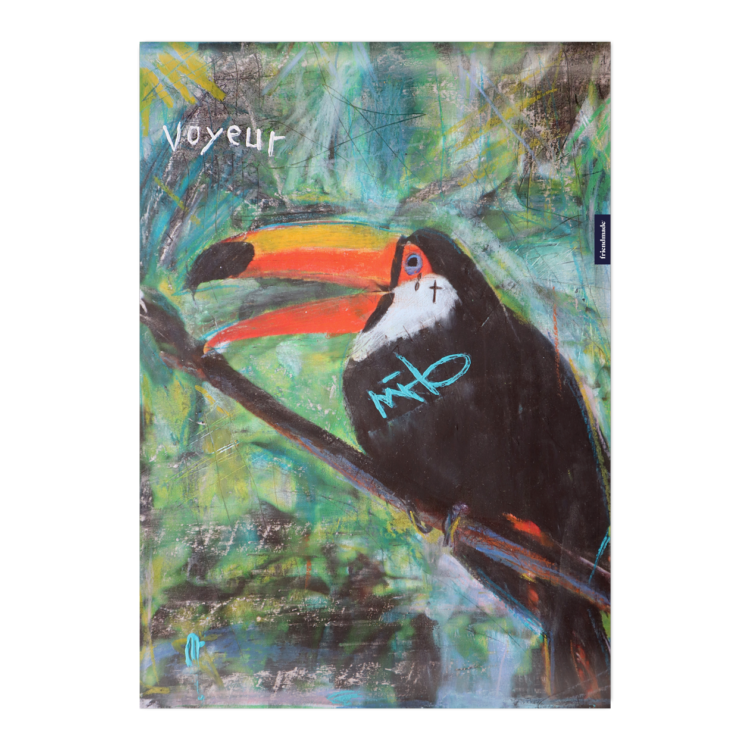 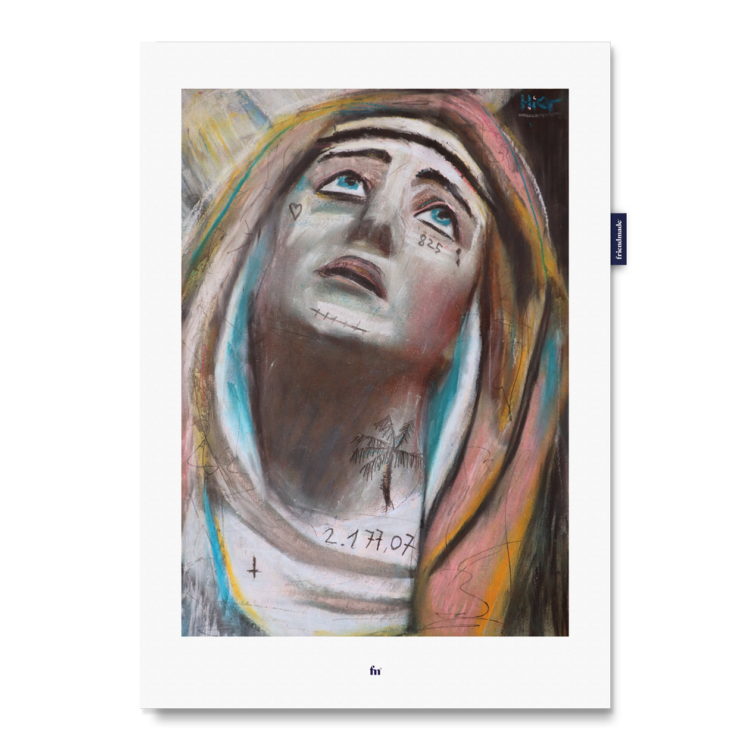 Mother from another bro... 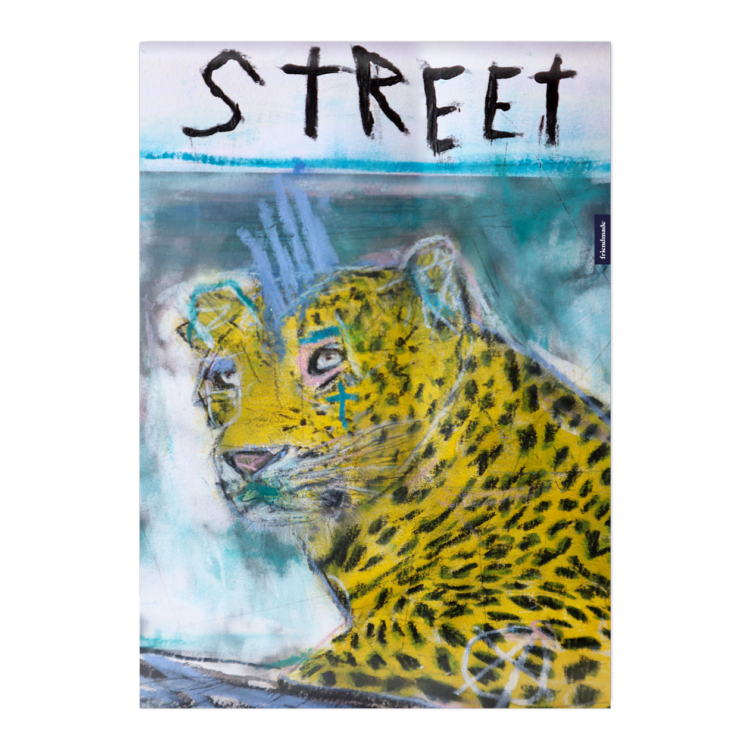 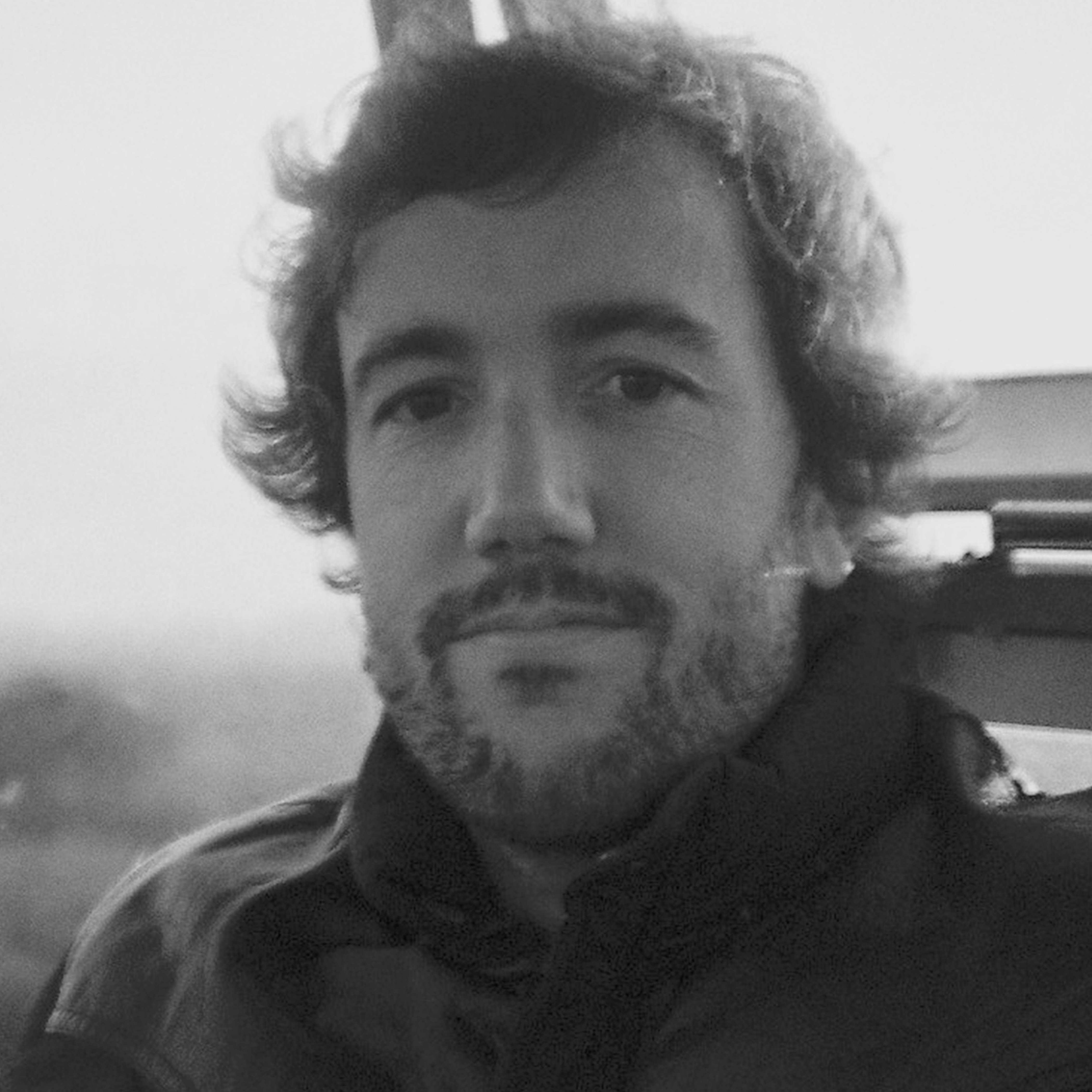 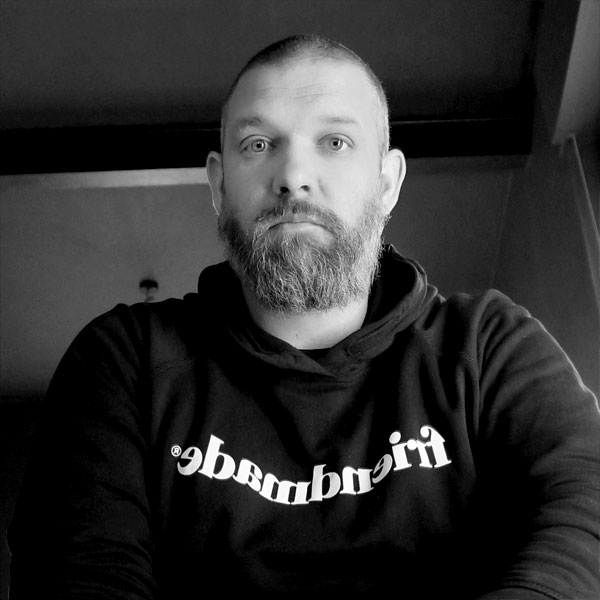 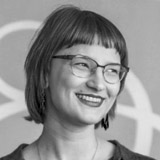 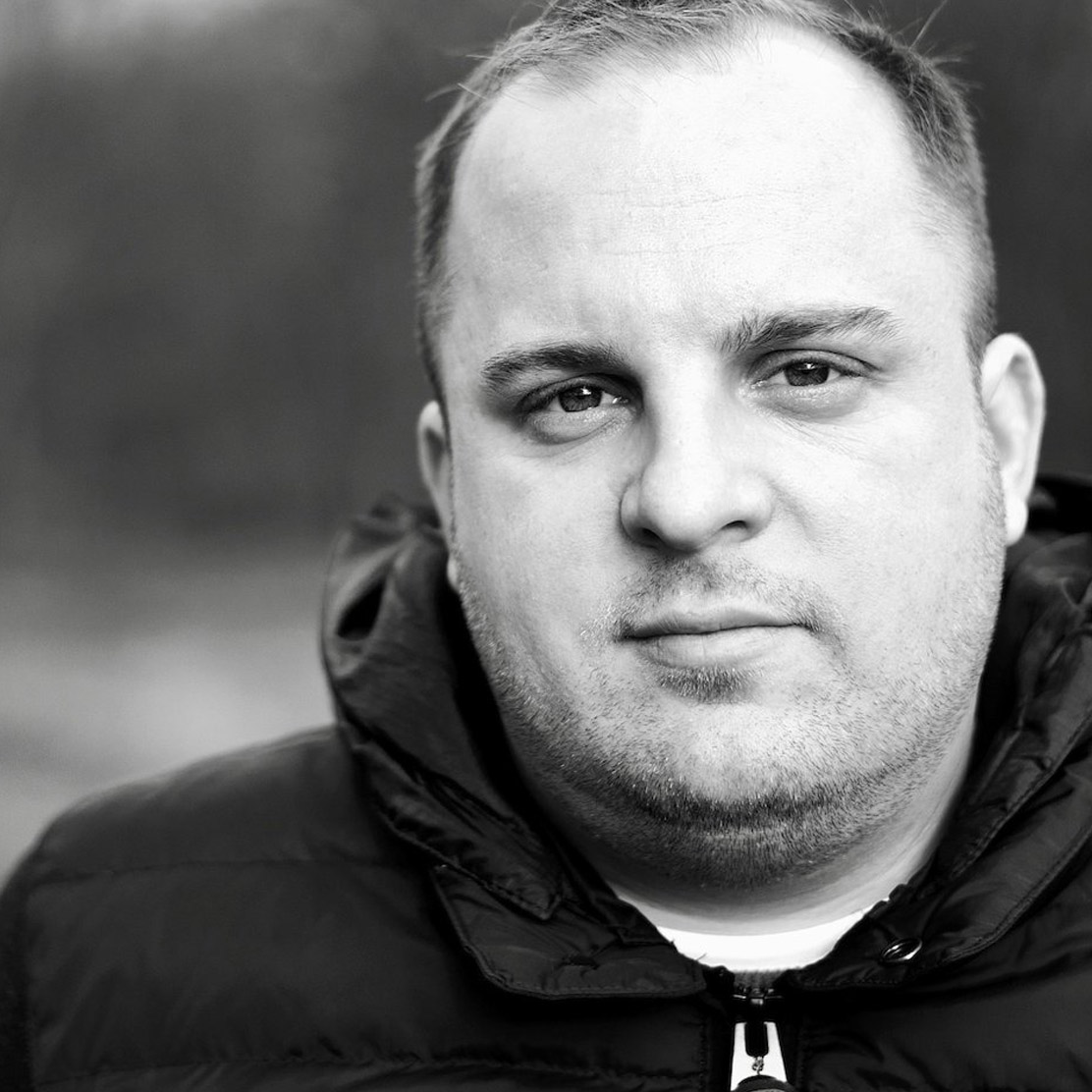